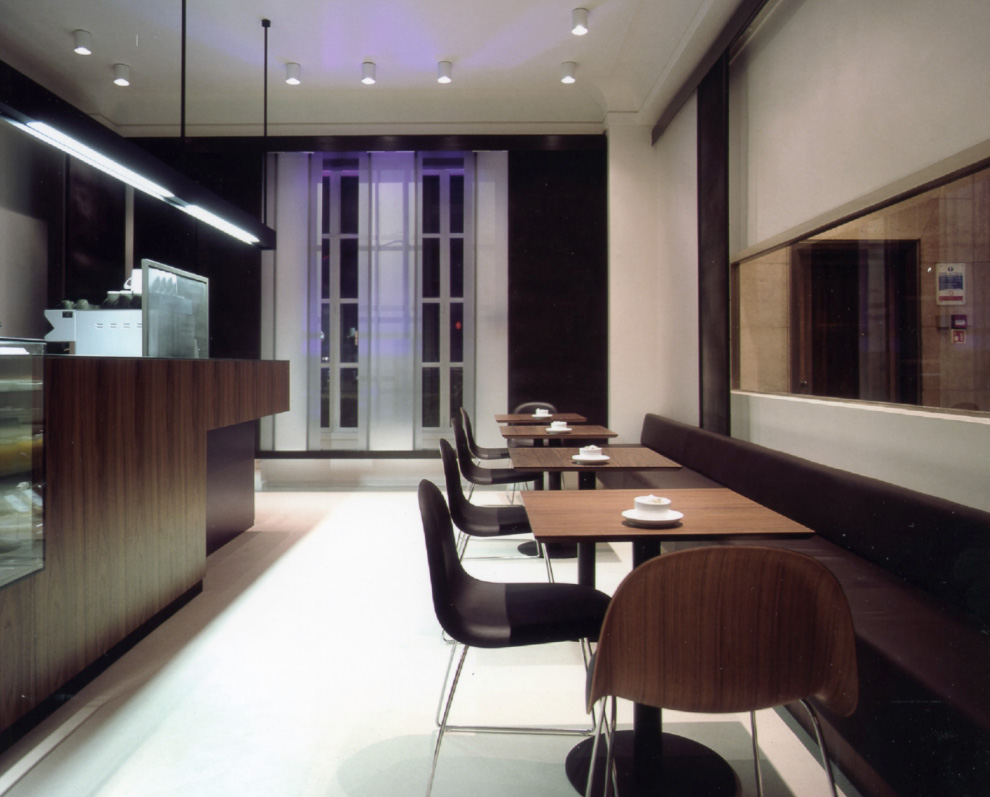 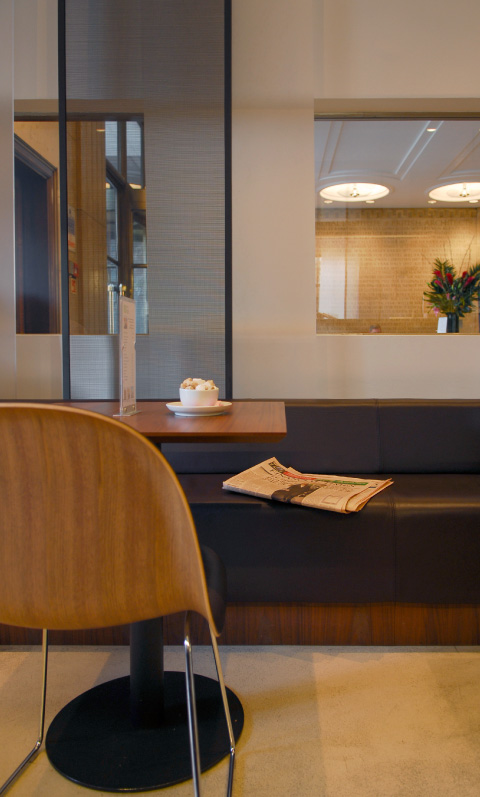 Layers of steel, steel mesh and opaque Plexiglas screens were used to give the bar both privacy and texture. The screens also act to create a café that could transform into a private members’ bar in the evening.

Three screens with varying opacity were installed on their own track on which they could move nimbly, either blocking or revealing space. The texture of these screens was achieved by overlapping opaque and dark-coloured panels. Lightweight opaque Plexiglas is sandwiched between semi-opaque screens, made from a simple stainless-steel mesh and sprayed in dark brown paint. 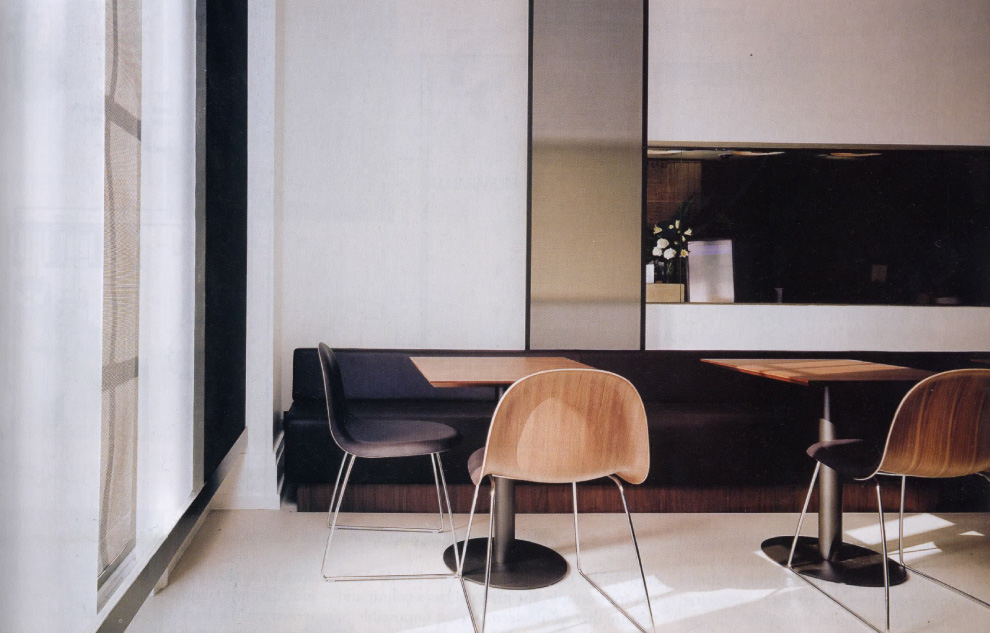 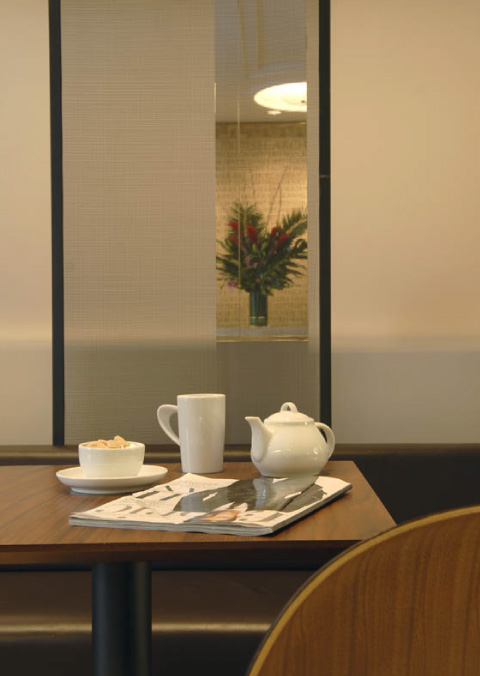 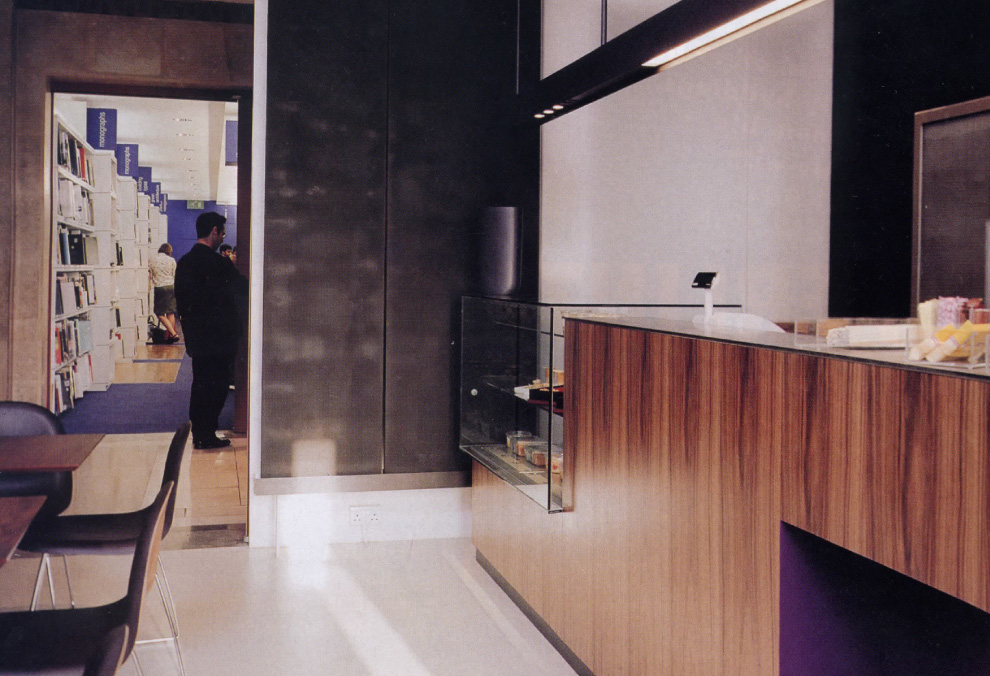 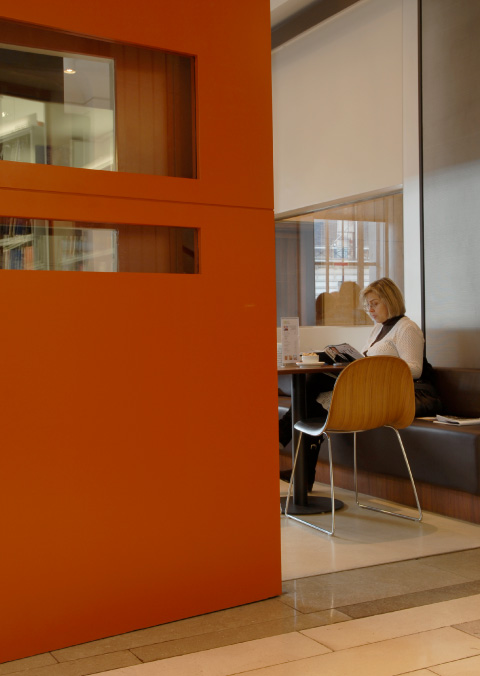 The space was designed to make all elements look temporary, standing out as additions to the original space such that, if removed, the original structure would remain intact.

A poured resin floor that was originally cream in colour gradually took on a look of walked-on stone as the space was used. Ad-hoc scratches appeared and the surface changed colour, reflecting the stone facade of the Portland Place building.